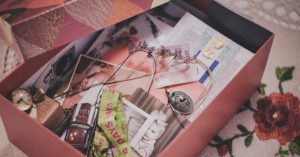 As Carol walked the dog, she told herself how impossible her current situation was and that she was stupid for hanging in there.

She loved her new husband but as soon as they got married and moved in together, they started fighting about his teenage kids.

She thought he was too lenient with them and he thought she was too strict and picked on them because they weren’t HER kids. He always seemed to take their side of any argument especially about chores and she felt she was doing all the clean up and housework which wasn’t fair.

The last straw was one morning when Carol had a blow up with his 16 year old daughter because she refused to clean up her breakfast dishes, leaving them on the counter.

Carol had tried talking to them, yelling at them, and even threatened to take away their cell phones but nothing had changed.

She didn’t want to end her marriage but it was looking impossible for them all to continue the way it was going.

You can’t solve any problem from your current thinking and the box of thoughts and beliefs you’ve created around yourself.

When you say your current situation is impossible and that you’re stupid for hanging in there, you are building imaginary walls that keep you stuck in this box that you really don’t want to be in.

The truth is that in love and life–it’s all made up. Things happen and then we make up a story about what this means based on our thinking in the moment. You need new thoughts

Now of course what she’s experiencing doesn’t feel made up to her. It feels real. But she knew she had to stop fighting with her family if she was to feel peace and happiness.

We encouraged her to look beyond her “shoulds” to see what she could see.

As she relaxed, she could see how maybe she came off to the kids and to her husband as controlling even though it wasn’t her intention.

She saw that it was her “rule” that dishes had to be washed when you are finished with a meal and that had not been their mother’s or father’s rule.

She saw that when she thought they weren’t going to follow her rules, she became agitated, tightened up and her voice became shrill.

She saw that she expected her husband to not support her even before he said a word.

In seeing all of this, we encouraged her not to put blame on herself but if she wanted to find a solution, she was going to have to look in a direction other than where she’s been looking.

We then asked her this question…

“What would it look like if you could set aside your preconceived ideas of how it had to be and just open as love?”

What she did next was amazing…

Carol was quiet for a few moments and then she smiled. She told us that she’d like to talk with her husband about an outing that would be fun for them all.

We suggested she throw out any expectation of how it should go except to enjoy herself and the family.

A week later, they spent the day at the local amusement park riding rides and even though the teens went their own way except for meeting up for lunch, she had fun with her husband.

Even though she was tempted to put some “rules” in place for the day, she didn’t. She let her husband handle when and how they would all meet up.

From this good-feeling place, Carol saw the kids and her husband in a new light.

When her personal thinking calmed down about how it “should” be, she was able to get out of her own way and see some possibilities about how they all might be able to live together –with love AND kindness.

What “box” have you built around yourself concerning a certain person or situation?

Seeing the “box” you’ve created is the first step to creating something different.

We invite you to take a big step to include deeper connection and more love in your life–which is understanding that you’re living out of a “box” that’s made up of your thoughts and beliefs.

Once you see this, you become more aware of it. Then, you get to see more and more of the time whether the box you’re living out of is taking you closer to or further from the relationship and life you want.