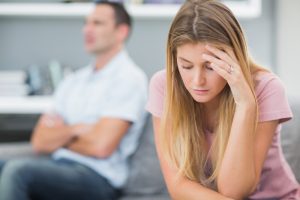 When you don’t feel very important to your partner anymore and it’s driving you crazy, you can end up saying and doing all kinds of things that just make your partner pull even further away from you.

Whether your partner believes that he or she is guilty of ignoring you is irrelevant because in most instances, feeling ignored is all in the eye of the beholder.

“I met my boyfriend at the ballroom dancing and my biggest frustration is that when we go dancing now, he spends most of his time talking to women and he ignores me completely.

“He keeps on saying that he loves me but he is not interested anymore in dancing and he would rather socialize. How can I stay with him and not react and create fights over this matter.

“I would like to have joy and energy when I go dancing, rather than being frustrated, jealous and angry with him and then we fight.”

When you feel ignored, no amount of logic and explanation can make it better.

And you can still be jealous and feel ignored even though your partner feels he or she is giving you lots of attention.

So what do you do if you’re feeling ignored by your partner and your jealousy causes you to start fights which threaten to ruin your relationship?

(If you haven’t gotten this program, it’s gotten rave reviews and has saved relationships so take a step now by getting it to save yours.)

1. Ask yourself if there are times when you don’t feel ignored by your partner.

If there are times when you feel like you are getting the love you want from him or her, then weigh how much of the time you feel you’re being ignored.

It so, tell yourself another “story” about what your partner’s actions mean.

As with this woman, her partner told her that he isn’t interested in dancing. If she believes him and gets attention from him at other times, she may have to stop telling herself the “story” that he doesn’t want to dance with her. He may not want to dance period as he said. (But it’s also possible he just wants to flirt with other women)

If there aren’t times that you feel like you have his or her attention and love and constantly feel ignored, then you have more of a problem than jealousy.

If this woman doesn’t feel loved at other times, then her partner’s “socializing” at these dances can feel very threatening and rightfully so.

So look in all honesty at your entire relationship to see the degree in which you’re being ignored overall.

2. If you’re not getting what you want from your relationship most of the time, then stop being angry and take a step to figure out if you can get it from this relationship.

This woman has talked to her partner about his conduct and he’s told her that he doesn’t want to change and that he’d rather socialize than dance.

Even though she doesn’t like his answer, he is telling her what is important to him.

That’s a example of a big stumbling block in relationships…when one person wants another to change a certain way and the person doesn’t want to.

As painful as it is, when this happens, we fight with the reality of what is.

And this is a fight you can’t win.

As we see it, this woman has two choices if her partner isn’t willing to dance with her as she wants…

*She can accept that he doesn’t want to dance and she can dance with other men. She can join his socializing with the other women. If he doesn’t include her, that’s another problem and should be a red flag for her.

*She can re-evaluate whether she wants to be in this relationship or not.

She may have to decide whether to stay in or leave her relationship.

This man may not love her the way she wants to be loved and may never want to.

The thing of it is, you can’t force someone to act in loving ways toward you if they don’t want to.

Stop the unhealthy cycle of being angry and fighting and look at this relationship in an honest light. Look at whether you both want the same things overall and if you do, then find ways to come together.

If not, ask for what you want and pay attention to what your partner says and does. Notice whether he or she comes toward you or away from you during the next few weeks or months.

Then you’ll have your answer.

If you’re being ignored, take a bird’s eye view of your situation and honestly assess whether it’s a deal breaker for you or not.

If it is, then take a step to see if change is possible and if it isn’t, as much as it may be painful to you, take a step toward leaving so you can create a better relationship for yourself.