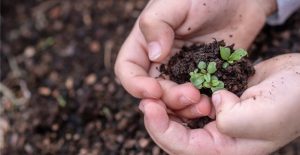 As springtime rolls around, people often secretly long for a relationship reboot and tell  us something like this…

“I still love my partner but something’s off. We’re in a rut and not having fun anymore and I don’t know how to make it better.”

Some people even say, “I’m at the point where I’m considering leaving.”

But how do you know if you’re ready to actually DO something about it?

Ready for a relationship reboot: Clue #1

If you’re seeing the same problems coming up over and over that separate the two of you–and are tired of it, even though you might not have any solutions right now…

Believe it or not, you are ready for a relationship reboot.

Marie came to us because she and her husband Ben constantly argued about the kids–his and hers–and it was killing their new marriage.

She could see the pattern of their arguments, was tired of the same-old-same-old and came to us because she knew she was ready for some changes.

She saw that although these arguments were about different things (the kids), they were very similar in feel to the ones she had had with her previous husband.

She was ready to make some changes because she saw that the success of her current marriage depended on it.

Because it can only take one to get the ball rolling toward a healthy relationship, her husband joined in when he saw her making some changes.

When there’s disharmony in a relationship, we often want answers or solutions immediately.

But we’ve found that the first step toward a happy, healthy relationship is the willingness to look at some things differently.

Often there’s a fear that you’ll make it worse if you try to make changes.

You also might be thinking that you’ve tried everything and nothing has worked–and nothing will work.

Underneath all of this thinking is fear and you don’t have to let fear run your show.

You can start by just recognizing the dynamic that you keep repeating and searching your heart to see if you are truly open to the relationship being easier and filled with more love.

Sometimes the answer is “No, I’m not open”…

But often it’s “Yes, I am open to seeing what the next step in allowing the relationship to change and grow.”

Even good relationships can grow.

Are you open for your relationship to be easier or less stressful?