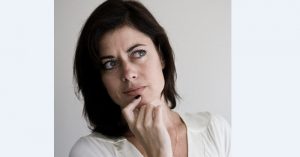 So how do you know when to give up and when to keep going?

At the time, it didn’t even occur to her to apply for the job because her negative self-talk told her that she wasn’t ready for that responsibility even though she’d been doing many of the tasks for several years in her current job.

Her fear of leaving a job and people she knew kept her from even considering whether the better position would be what she wanted or not.

It took another librarian in the system to suggest that Susie apply before that loud, limiting voice inside her that said she couldn’t do the job quieted down and she could actually consider it as a possibility.

A different kind of example from Otto about making decisions…

His dad died several years ago. The following year, he spent a fair amount of time looking at different events that had happened between him and his father that had caused the two of them to not be as close and connected as they could have been over the years.

During some of these reflective moments, Otto wrote a couple of stories about his dad and about how he now saw him differently than he had seen before.

He didn’t set out to write a book and the loud voice inside him would at times tell him he was wasting his time but a deeper knowing urged him to keep going.

At various times in our lives, we are all faced with making decisions that we may not want to make at the time.

These decisions can be about many things…

If you’re like most people, when you’re faced with making these kinds of decisions, you have a very loud voice in your head that tells you about the awful things that can happen if you follow one or either choice.

When Susie was in the middle of deciding whether to pursue the library director job or not, she didn’t do anything to “quiet” that big voice inside.

Instead, as the idea that maybe she could do the job took root, space was created for her to listen to a quieter voice inside.

This small voice was telling her that a change might be good and to take the next step and apply to see what happened.

She did apply, got the job and served as library director for 7 years until she retired.

Otto’s book Preaching to Monkeys: Hope, Healing, and Understanding for Fathers, Sons, and the People Who Love  was published the following year and has brought hope and comfort to others who have become estranged from those they love.

This is a great example of him continuing to listen to that quieter voice in the face of the louder voice that questioned why he was spending his time writing.

The point is that the loud voice we all hear is 100% unreliable to give you feedback about anything because it speaks from past memories (which may or may not be accurate) and your worst fears.

The quieter voice is in touch with your deepest nature and that’s the voice you want to listen to.

We know it’s absolutely possible to learn how to tell the difference in the voices and to tune into the guidance that’s available to us at any time.

When you stop “pushing the river,” get curious and stop thinking you already have all the answers, your thoughts will settle and there will be space for you to see the next step to take.

Whatever you’re trying to decide, nurture that small voice by stopping and listening to give it space to be heard.

We’re sure that if you do, your next steps in life will become clear to you.

If you have a question about which voice you’ve been listening to, contact us here…