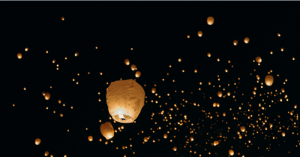 Corinne, a recent coaching client, couldn’t seem to find any relationship peace with her husband Gerald.

In fact, she had been having a great deal of difficulty finding peace not just in her marriage but in most of the relationships in her life.

She was shocked to finally see how easy it was to feel some peace not just in a relationship but in her life as a whole when she had one simple insight that changed her life forever.

Raise your hand if you’re like Corinne and you’ve had conflict in a relationship and just wanted peace.

We’ll raise our hands along with you because we’ve certainly had conflict with each other and with others!

But here’s something interesting we found out…

Not everyone wants peace in a relationship.

As a way of getting what they want in a relationship, some people don’t want peace.

They want a million other things but not peace.

How can this be?

The answer lies in one of our favorite sayings which is…

“We all always get our needs met. The question is how we go about it.”

In other words, some people want to have a peaceful, conflict-free relationship because they think it will bring them happiness.

Other people think being mired in conflict–arguing or fighting frequently about an opinion or a way of looking at life or situations–will help them get what they want.

Other people think “adventure” and having adventures is the way to have a happy life–and peace is just “boring.”

We could go on and on and offer many other examples of how differently people see the world but when it comes to finding peace (or even keeping the peace in a relationship), there’s only ever one thing going on…

It’s the same simple insight Corinne had that changed her life so quickly and so deeply.

You want to change each other to conform to the way you each see the world.

You both believe that life would be so much better if “they” would only see the world the way you each see it.

If you want more peace, love and harmony in any of your relationships, we invite you to start opening to seeing one of the principles behind love and possibilities which is the power of thought.

We all have continual thoughts and it’s those thoughts you believe that determine everything about how you see your world and everything in it.

*She saw that she didn’t have to change people in order to be happy.

*She didn’t have to mull over her thought of “Why doesn’t he…” and get upset because her husband chooses to clean up the kitchen before he goes to bed instead of the way she likes to do it immediately after a meal.

*She saw that it was okay if other people were different from her or had different ideas about how the world should be.

*To have peace, she saw that the only thing she ever needed in her relationship and her life was to see that she no longer had to take her thoughts that she had made real, valuable, important and had made into “truth” so seriously.

*She no longer needed to make herself right and the other people wrong in her world (even in her own mind).

*She started to see that opening as love in each moment took on a whole new meaning after she saw that the peace she wanted had nothing to do with other people and what they were doing or what they wanted.

*She also discovered that she wasn’t “wrong” when she didn’t feel peaceful and that she could allow her thoughts to settle when that happened.

This one thing changed Corinne’s life.

We think it’s good to know that the thinking we believe about anything is what makes it real and true.

Not some other outside factor.

Now that’s real peace–even though at times, it does come and go.

And the truth is that it’s always there and you can come back to it any time!

If you’re struggling with finding peace in your life and have a question, go here…