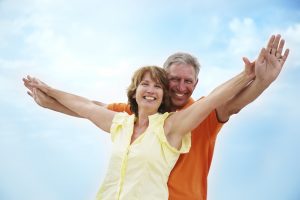 Cathy was frustrated with her husband, Paul, often snapping at him over little things…

And she was just tired of trying to work on their relationship–by herself.

She still loved him after all these years but the intimacy and connection just didn’t seem to be there anymore.

But when she asked him to work through them with her, he turned his back and said he wasn’t interested.

Not knowing what to do next, she called us for a conversation to help her see some new possibilities for her marriage that she couldn’t see.

Within that conversation, Cathy saw a few things differently that did open up possibilities for her and her husband.

1. Notice the “stories” you’re constantly running that keep love away

We can control how much energy we put into believing those thoughts and running stories especially about what happened in the past or worrying about the future.

Cathy realized that the story she constantly ran in her mind was that she wasn’t attractive to Paul any longer and that’s why he didn’t want to work on their relationship.

And in fact, it kept her agitated, angry with him and didn’t protect her from anything…

She was able to let that story fade away.

She wanted to show up as love for him and that story was preventing her from being who she really was inside.

2. Recognize when you do feel a connection

Connection means something different to each one of us.

It might be a moment of laughter, a touch, a text during the day or a gift of service.

The truth is that it’s not “work” to notice when you do feel connected.

Cathy started noticing that she did feel a connection with Paul when they walked their dogs together around the neighborhood.

She saw that he became more like his old self during these times and even held her hand when she was relaxed and enjoying herself.

She realized that she had ignored these moments in the past because she’d been so focused on working on their relationship in a certain way that never materialized.

To her, it had meant sitting down and going through a program together but she was beginning to see something different.

But it is to say that if there’s resistance, there are other possibilities to opening up to more love.

3. Get curious about your partner

When a relationship feels dead, curiosity has disappeared.

Something as simple as “Tell me more about that…”–along with a willingness to listen…
Can open the way to connection which has nothing to do with “hard work.”

Cathy saw that she had been dismissing openings for connection with Paul, especially when he made a comment about his day.

He began to open up to her and they had deeper conversations than they had had for many years.

She was able to talk about what was important to her without blaming him or herself and they started talking about what they both wanted for their future.

The two of us have discovered that you don’t have to work on your relationship to have and keep love.

Love flourishes when you’re living in the moment, not believing your fearful thoughts and noticing and appreciating those moments of connection.

If you’d like to have a conversation with one of us or just have a question about more love and connection, go here…