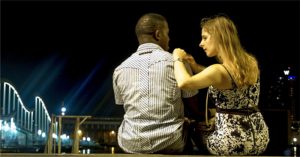 If you want to rebuild trust if you’ve hurt someone, here’s Todd and Cheryl’s story…

It had been over a year since it had happened and although Todd’s wife Cheryl had decided to stay in their 15-year marriage, she was cold toward him, they weren’t intimate and were simply co-existing in the same house–and had been since “It” happened and Cheryl found out.

Todd knew he had deeply hurt Cheryl and wanted desperately to rebuild trust with her after his major screw up with the woman at his office.

At times, Cheryl would come back with cutting remarks when he asked her a question or wanted to talk with her and he was tired of being punished but at the same time, he didn’t want to lose her.

Todd was aching inside because he wanted his wife back but nothing he did seemed to bring them closer so he contacted us for coaching.

–>Want a no-charge conversation with one of us to help you regain trust? Click Here<–

As we talked, he saw himself, his situation and marriage in a new way.

1. There’s no going back–just moving forward in the present moment in a new way

When you’re trying to rebuild trust, you’re tempted to just want things to go back the way they were “before” this thing happened that destroyed trust.

The only way is to go in a new, healthier direction.

Todd saw that things hadn’t been right between Cheryl and him for awhile and they had been drifting apart for several years before “the other woman.”

While he had apologized many times to Cheryl for causing such hurt, that hadn’t been enough.

He realized that he needed to know what kind of relationship he wanted with Cheryl going forward and that could start with him learning how to communicate better with himself and with her.

2. Listen carefully to what the other person wants in the relationship and ways you can improve

When there’s been a breech of trust, there’s usually a lot of time spent defending and putting up walls for protection for both people.

The person who’s been betrayed may not be able to tell the other person what has to change in order for trust to be regained or how she or he wants the relationship to be moving forward.

If you truly want to regain the other person’s trust, don’t get defensive–ask a question instead and you may learn what you can do to regain trust.

Todd saw that he had been defending himself from Cheryl’s cutting remarks but within them he could now see a path forward as he played those conversations back to us.

Within the sarcasm, she had told him that she didn’t feel important to him because he didn’t share what was going on inside him.

In the past, he had just told her that she WAS important to him and that he didn’t share his emotions because that was the way he was.

He now saw that he didn’t share much about himself because he felt like he always had to protect himself–from what he didn’t know.

In one of our coaching sessions with Todd, as we talked about how we all make up stories and then live them out even though they are not real…

Todd could see that in trying to “protect” himself from being hurt, he had pushed Cheryl away and shut her out from the beginning of their relationship.

No wonder she felt unimportant to him even though he didn’t feel that way!

He now understood feelings in a new way and that sharing some of what he was feeling was about connection.

3. Trust is built in every moment–Live from that new understanding inside you

For all of us, trust happens in each moment and isn’t built back in one fell swoop when it’s been violated.

It’s very common for the person who’s been betrayed to not believe that the other person’s behavior changes are going to stick.

It’s up to you to make a choice in every moment to tap into the innate health that’s inside you (and in everyone of us) and live from that place.

After a couple of sessions with Todd, he began to show up differently with Cheryl. He began sharing more of himself with her and listening to what was going on inside her.

He began to enjoy his time with her as they planned a vacation together that they hadn’t taken in many years.

As his sessions with us continued, he realized that both of them had started focusing on what they wanted rather than what they didn’t want.

And it all seemed to happen effortlessly but he knew the changes inside him had been big, real and lasting.

They both seemed much more at peace as they looked forward to their life together.

Does that mean that Cheryl never had doubts come up again?

No, she did but now they had ways to reboot their relationship and themselves as they moved forward in their healing.

The bottom line is that it is possible to rebuild trust if you’ve hurt someone.

It takes starting to look inside you and seeing something new that will take you in a healthier direction.