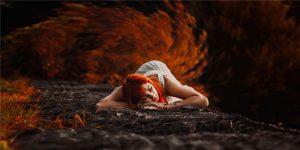 *Having an affair
*Stealing money from you
*Taking credit for something that shouldn’t be theirs to take
*Saying they’re going to do something and then not following through
*Gaslighting–Pretending it’s one way but in reality, it’s something completely different
*And on and on and on….

There is an even worse kind of lying.

It’s lying to yourself which you usually can’t see when you’re doing it or the problems it creates in your life.

Lying to yourself keeps you small and keeps you in situations much longer than you need to be.

Lying to yourself holds you rigid and keeps you from love.

And lying to yourself also urges you to take reckless risks that are not in your best interest.

So how do you get to the truth inside and stop lying to yourself?

Ask a simple question and then listen for the answer… “What have I been lying to myself about?”

The truth is that you already know the answer somewhere deep inside you.

Susie has been a champion at lying to herself over her lifetime. Even though facts said one thing, she believed another.

She saw limitations in herself and others, as well as in situations, that weren’t really there.

A great example of that was when she ignored the facts of a financial situation for far too long, thinking it would change without her making any changes.

In this situation, when she finally saw what was real (debts listed on a spreadsheet), ways to correct it were made clear.

Up until then, when she did get an intuitive feeling to do something about the situation…

She fell into lying to herself that it would all be okay if she just keep doing what she had been doing.

Solutions came to the surface when she had the courage to see what was actually there with no story around.

If you want a life filled with more peace, love and true connection with yourself and with others…

Look beyond the lies you tell yourself and believe.

Look beyond your limited view of your world as the lie that it is–hiding your true spiritual magnificence, potential and beauty.

Be the best version of yourself by dropping those lies and being an example of love.

–>Want help in uncovering the lies you tell yourself?