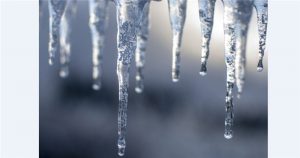 We all come into relationships with what might be considered “bad” habits from the past and those habits can ruin your relationship.

You might have a habit of interrupting other people, making them feel like you don’t care about their ides.

You might have a habit of thinking and assuming the worst of a person.

You might have a habit of not telling your truth for fear of hurting the other person or just looking bad.

You might have a habit of making the other person pay for some small or even large perceived wrong by closing down and turning on the cold shoulder.

That’s the bad habit that Sally brought into her new relationship with Ted and was driving him crazy.

Sally had seen her mother turn a cold shoulder to her dad and had felt the freezing temperature when she had done something to displease her mom.

Sally had vowed not to do that in her relationships but she somehow slipped into it when something happened that she felt slighted or was against her.

When this happened with Ted, Sally wouldn’t look at him, pulled away and when he asked what was wrong, mumbled something like “You should know” and walked away.

She knew this was a bad habit, wanted to break it but she felt powerless to do it until she talked with us.

As we talked, she realized a few things about letting go of bad habits…

1. The “Deep Freeze” never got her what she wanted

She realized that she didn’t have to believe her thinking that by staying silent, Ted would realize what he’d done, apologize and it would all be good.

It never worked that way so it was a habit that she didn’t want to repeat.

She knew she’d like to try some other way of being in those moments and her relationship depended on it.

2. She actually had a choice in those moments even though her thoughts told her otherwise

She saw that instead of instantly turning on the “deep freeze,” she could make a healthier choice for herself which might mean just taking a breath, getting quiet inside and feeling what she’s feeling.

The fact was that when she went into the “deep freeze,” her mind wasn’t quiet and there wasn’t a choice.

But when she allowed her mind to get quiet, she could make a choice and that connection could be within that choice.

3. She could ask a question with love to find out more

She realized that what she really wanted was to clear up any misunderstanding quickly that happened between her and Ted and the way she’d been going about it always backfired.

She saw that in those times, she really didn’t know what was on his mind even though she always thought she did.

Not knowing allowed her to be more open to hearing what he had to say without reacting first.

Letting go of bad habits doesn’t need to take a long time or be a hard hill to climb.

It can simply mean getting quiet inside and finding that spot of love for yourself and for the other person as you simply move in another, healthier direction.