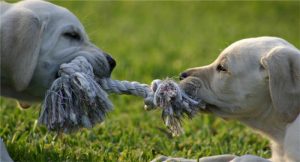 If you feel like you give more than you receive in your relationship, read about what Shirley discovered.

Shirley felt like she was always the one to go to Pete’s town which was 30 miles away for weekend visits.

She was tired of leaving her lovely home to go to Pete’s small apartment and do the things that he wanted to do, especially go out with his friends.

When she asked Pete if they could do something different, he said that he liked things they way they were.

Their arguments had become so frequent that they seemed to be at odds more of the time than connected and happy.

If you’re feeling like you give more than you receive in your relationship, here are 3 tips that came out of our conversations with Shirley that can help you as well…

1. Allow your emotions to settle.

When your feelings reach the overwhelm stage, there’s no way you can communicate from that calm, knowing place inside you that’s always there waiting.

Instead, you’re reacting from the thoughts that are keeping you stuck in your pattern, whatever that is.

Shirley realized that during the week when she didn’t see Pete, she was constantly thinking about how lop-sided her relationship was with him and how she felt it was so unfair.

She saw that when she finally got to see Pete on the weekend, she was already angry and defensive.

During the week, when she allowed those thoughts to be there but not hold onto them, she saw that she felt much happier and wasn’t filled with dread when the weekend came around.

Even though it may look like you don’t have a choice, you always do. You always can make the choice on what to focus on and what to turn away from.

She started paying attention to when Pete did something nice for her like having dinner ready for her when she got to his place on Friday evenings.

She started enjoying that time with him instead of anticipating and fighting about their plans for Saturday evening.

She saw that they were getting along better than they ever had when she stopped anticipating having a rotten time on Saturday evening.

3. Your next step will be made clear if you allow it

When you’re overwhelmed with emotion, you can’t possibly be clear about what your next step is to take.

When you find the place of clarity inside you, what feels like the next action to take will seem obvious.

Shirley knew in her heart that she wanted to be with Pete but she also wanted him to come to her home a couple of weekends a month.

This time when she talked with Pete about this, she was calm and open to hearing his thoughts about their situation instead of getting defensive.

Pete told her something he’d never said and that was that he was so tired from working all week that all he wanted to do was relax in his apartment.

He told her that he didn’t feel comfortable in her home because he felt like a visitor and didn’t have his “things” around him.

Shirley just listened without getting angry and this was new for her.

After he stopped talking, he paused and said…

“I’ve never realized that maybe that’s how you feel coming to my place every weekend.”

She told him that until he had shared his thoughts in this way, she hadn’t realized that this was the same thing that was underneath her resentment.

They talked about their future together and a plan for where they would share their time in the short run.

They also talked for the first time about how they could feel more comfortable in each other’s homes.

Now of course, Pete may not have shared his true feelings and may not have been willing to change their arrangement no matter how calm Shirley had been.

In that case, she would have the choice of whether to continue the relationship as it was or to move on.

whether to stay or go<—

And that choice would come from a clear, open mind and not from anger and resentment.

If you’re feeling like you give more than you receive, know that you do have a choice and it starts inside you.