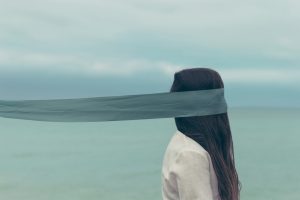 If you’ve ever driven a car, you know what we’re talking about…

You’re driving along and want to switch lanes. You look in your rear view mirror, you don’t see another car so you put your blinker on and pull over.

Just then you are startled by loud honking and you suddenly see the car that’s been in the other lane all along.

You realize that you were seduced by the blind spot into thinking the lane was unobstructed when there was really a 4,000 pound car barreling forward.

That’s the way it is in relationships…

We think we’re seeing clearly until we see that we haven’t been.

Take our assumptions and blind spots for example…

Up until a few years ago, Otto had this unconscious desire to please anyone and everyone and wasn’t aware of it when he was doing it.

The trouble with Otto’s pleasing is that usually he had an unconscious expectation that went along it that the other person needed to reciprocate in a certain way.

The problem was that usually the other person wasn’t aware of his expectation and neither was Otto until he felt disappointed and angry when they didn’t follow through on what he thought they should do.

That was truly a blind spot for him until he saw how damaging it was to his relationships and became aware when the urge to please rose inside him.

One of Susie’s blind spots has been her desire to fix. She wanted to “fix” people the way she thought they needed to be fixed, especially her previous husband and even Otto.

You can imagine how this tendency to fix those she loved (that she thought was just being helpful) sabotaged her relationships.

When she saw what was happening–the people she loved either withdrew or got angry–she began to realize the message that her “fixing” was sending.

The message was “You aren’t ok the way you are. You have to change for me to be happy.”

Seeing the urge to “fix” when she thought something was wrong with the other person was the first step to recognizing her blind spot.

The trouble with these blind spots–ours and yours–is that they are built on thinking that is ripe with assumptions.

Otto assumed that since he was pleasing this other person the way he thought they wanted, he would get what he wanted.

Susie assumed that HER solution to a problem she thought someone else had was the best one for them.

So what about you and your assumptions and blind spots?

What are your blind spots that can sometimes be big ugly ones and sometimes little annoying irritations?

Whatever size they are, they always carry with them assumptions.

And when you make assumptions, it looks like that’s the only way it can be but that’s not so.

There are many, many possibilities for how it can be–most you haven’t even thought of yet.

If you keep believing in the mirage of the blind spot, you will struggle and get the same outcome over and over.

We suggest you look in a different direction with a neutral mind, not buying into what your blind spot has been telling you.

If you do, you’ll begin to see love and possibilities you’ve been missing out on.