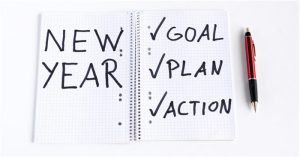 Janey thought she was committed to her weight loss plan but the evidence from the scales said differently.

She had the best of intentions but when somebody at work would order pastries from the local donut shop, she seemed to be powerless…

And she’d beat herself up every time this happened.

Jeremy thought he was rid of his frequent anger outbursts but after yelling at one of his young children because they fell and knocked over a display at a store, his wife had to intervene (again).

He was ashamed immediately after those angry words left his mouth and he worried that his kids would come to hate him.

Leaving her to pay for the non-refundable theater tickets she’d purchased as her part of the date.

We’ll get to that in a moment but first, here’s what we know for sure about commitments…

You’re not always as committed as you think.

This, as we like to say, is good to know.

Wanting something and being truly committed to something are two totally different things.

Your true commitment is always revealed in the evidence of the “wake” of your life.

Meaning all you have to do is look at your past and you’ll see what you’ve been committed to in the past.

The good news is that the past (and what you’ve been committed to) has nothing to do with your possibilities for love or anything else in your present and future.

So, when you want something in your life and you think you’re truly committed but it doesn’t happen–why not?

It would have to be an unconscious internal conflict you’re carrying around.

But for now, let’s get back to Janey, Jeremy and Marcia and their commitments…

She saw that underneath it all, she still believed that the donuts gave her the comfort she wanted even for a moment…

And this comfort became more important in that moment than her losing excess weight.

When she saw this, she understood why it was so hard to resist the delicious donuts.

She saw the conflict she’d created…

And in seeing it, she saw that she’d been on auto-pilot and could now make a more conscious choice when the opportunity arose the next time.

In making a conscious decision, she could let go of beating herself up, taking full responsibility for her choice…

And sometimes she might even choose to pass on the donuts when she made her health more important to her than momentary comfort.

With the help of a coach, Jeremy saw that unconsciously, he still carried the belief that in order to be heard, he had to raise his voice with anger as his father had done…

Even though he knew it had been destroying his relationships.

When he slowed down and saw what was driving his anger, he could make a conscious choice to not react so violently the next time.

He could choose relationship health instead of falling into old habits that had never served him even though he thought that’s what he had to do to be heard.

When she looked beneath her commitment, she saw that she was so afraid of being swallowed up in a relationship like she had in the past that she had been sabotaging her dating efforts.

And focus on loving herself and that she deserved to be happy no matter what.

She saw that happiness was a choice she could make in the moment–with or without a partner.

She saw that her internal conflict had kept her stuck but she no longer had to carry it.

So what about you?

As the new year is approaching, are their commitments you’ve tried to make in the past that have fallen flat after awhile?