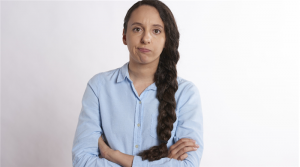 Unspoken expectations can ruin relationships of all kinds–and we all have them.

Judith was wound up in a tangled web of anger and she didn’t know how to stop it.

She knew if she didn’t get a hold of her thinking, she’d ruin the best relationship she’d had in a long time.

She had offered to drive 30 miles from her home to pick up Paul who she was just starting to date so they could attend an art show opening together in the city.

When he didn’t offer to pay for parking, she was livid inside.

In her world, if she drove her car, her passenger SHOULD offer to pay for parking.

It was just common courtesy!

That was one of the unspoken expectations she lived by–even though she didn’t realize it.

Paul was oblivious to what she expected because in his mind, he’d planned to treat her to a nice dinner after the art show to show his appreciation–although in an attempt to surprise her, he hadn’t mentioned it.

He was astounded when she suddenly turned cold toward him and wondered what happened to the kind, loving, open woman he’d been attracted to.

They ended up arguing through the art show over small things and she drove him home soon afterwards.

She knew there was a breakdown somewhere but couldn’t see where it was until she met with us.

As we talked, she saw that she had taken her way of doing things as true for everyone and that her unspoken expectations had ruined more than one relationship in the past.

She saw that by not being willing to make a simple request that he pay for parking, she set herself up for a lot of resentment and thinking that kept her separated from Paul.

She saw that expecting him to just know that that was something she wanted him to do without asking helped set up their relationship for failure.

She saw that Paul had made an assumption as well that she liked surprises (which she didn’t) and that hadn’t help the situation.

After our conversation, Judith contacted Paul to see if he was willing to talk about what happened that day and he agreed.

She talked about how she cared about him and wanted to clear the air about their breakdown because she’d discovered a few things she’d like to tell him.

She talked about how her unspoken expectations got the better of her that day and that she could see now that he didn’t know what she expected him to do.

She realized she could have made a request if she felt that strongly about it–which she hadn’t done.

She also told him that she didn’t like surprises and that she’d like to keep doing things with him but would like to know ahead of time what he was planning.

Paul was open to hearing what she had to say and was happy that they could continue their relationship with a fresh start.

And he said he’d gladly be up front about his plans with her.

Unspoken expectations can and do ruin relationships.

Here are 3 ways to uncover your unspoken expectations for an easier, happier life…

1. Your emotions will point the way

Anytime you have an intense feeling coming up, that’s an indication to look in the direction of an unspoken expectation that you have that’s been violated.

When your thinking and “shoulds” have calmed down…

“Wow-I’m feeling really intense about this. What unspoken expectation am I not seeing here?”

You don’t have to do anything about it. Just allow it to come to the surface of your awareness.

2. You may want to talk with the person or you might not

In Judith’s case, she wanted to continue her relationship with Paul but in a healthier way so she was open to talking about what she’d learned.

And you may not feel the need to speak about it but you may need to make a request.

Another woman we know realized she had been crabby toward her cousin who’d been staying with her for a few days for not putting his dirty dishes in the dishwasher.

He’d left them on the counter.

When she allowed herself to just sit with her feelings, she realized that she had an unspoken expectation that whoever stayed in her house put their dirty dishes in the dishwasher after a meal.

She felt no need to talk with her cousin about her realization but did make a request of him and he agreed.

He hadn’t been aware of her “rules” or expectations.

3. Be in gratitude for this opportunity

Know that in each instance you uncover unspoken expectations, it’s a gift.

It’s a gift of clarity and the possibility of better communication.

It’s a gift of love that the Divine (or whatever you call this Universal Energy that supports us) is giving you.

Know that if you slow down enough to catch the clues, they will be there.

And when you see something new, life becomes easier and more filled with love and connection.