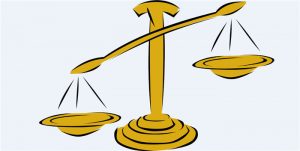 One of the tricks to feeling more like an equal in an unequal relationship is to first know what that would look like–to you.

Would it mean that you have more say in financial matters? In child raising? Where you live? Where you go to dinner on Saturday nights?

Or would being an equal mean the other person listening to your opinion without mocking or shutting you down?

Feeling like you’re in an unequal relationship can certainly show up in tangible ways but underneath it all are thoughts and feelings based on the perception of how the other person acts toward you.

The truth is that we all look outward at another person’s actions from the lens of our past, our thoughts, our beliefs and our expectations.

How you perceive others is subjective and your thoughts can sure make you think that you’re not being treated as an equal when the other person doesn’t think that. 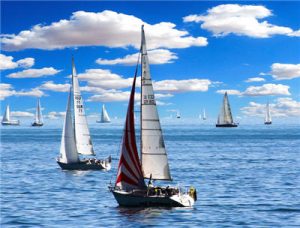 Susie remembers in her past marriage feeling like she wasn’t an equal partner when it came to sailing, especially on Lake Erie weekend trips–because the truth is he was a better sailor.

The more her insecurities got the better of her, the worst she performed and she often took every suggestion from her ex as criticism.

Now of course you may be experiencing undeniable bad behavior from someone else that would cause you to call your relationship “unequal.”

If you’re not being treated as an equal, or at least you feel like that’s the case, you have to decide if this is something you feel strongly enough about to want to change.

Because the change starts inside you.

It starts with you knowing and believing that you ARE an equal.

Maybe you don’t know as much about a certain topic (or maybe you do) but the truth is at your core, you are equal.

From that knowing, you can say what you need to say without drama but with conviction–and even love.

Complaining about the other person or your situation keeps you a victim.

Not believing the thoughts that you’re not good enough or that the other person is keeping you an unequal partner allows you to “reset” and take action from a place of love.

It may mean accepting the other person for who they are but not buying into the idea that you aren’t equal.

It may mean speaking your truth of what you will or won’t do with love or it may mean moving on from that relationship.

–>Need help saying what’s true for you? Go here to find out how to stop talking on eggshells…

In Susie’s case, at the time she actually didn’t have the sailing skills or knowledge that her ex had but that didn’t have to keep her a victim.

Much later, she realized that her husband was trying to teach her more about sailing but she chose to stay an unequal partner.

If she were to go back in time, she would have the courage to take sailing lessons from a group of women sailors that her ex kept trying to encourage her to do.

Looking back, she sees that she kept herself unequal in that part of their lives by her insecurities and her thinking.

Are there areas where you feel like you’re in an unequal relationship?

Can you see where your thinking holds you back?