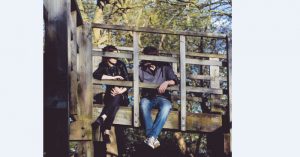 Stony silence is never a good thing to have on your anniversary but that’s what Jennifer and Walter had last weekend as they were out
celebrating their 19th wedding anniversary at their favorite restaurant.

But for Jennifer it was all ruined when she caught him looking way too long (again) at a really beautiful woman sitting at a nearby table.

Jennifer pretended to have a good time but was quiet most of the evening.

When he asked her what was wrong and she said, “Nothing,” he knew something was up.

Although Jennifer was seething inside, she answered him the way she did because she didn’t know what to do.

She was afraid if she said anything to him, she would have exploded like she did the last time this happened which ended up in a big fight.

Or take Katie and Jared…

Jared is stressing out about everything right now with his wife Katie because he can’t seem to find the right words to tell her he didn’t make the car payment on time.

He promised her this wouldn’t happen again after the last time, but now there’s a late fee that he fears she’s not going to be very happy about if she sees it in their online banking.

He doesn’t want to tell her and considers lying about it, making up some story about why it happened but he knows she’ll find out the truth soon enough anyway.

If you’re like most people, you want to know…

What do you do when the stressors of life make communication WAY harder than it should be?

What do you do you create stress-free communication and make your relationship closer and more connected?

If you want stress-free communication in your relationship, here are 3 ways to start…

1. Recognize you don’t have to believe every thought that comes into your mind.

In Jennifer’s case, she’s believing the thought that if Walter really loved her, he wouldn’t look at other women
even though he shows that he loves her in many ways.

Does that mean to make his attention to other women okay?

Not at all but it does mean to uncouple the thought of his looking and his love for her.

For Jared, he’s believing that this might be the last straw for his wife and she will leave him when she finds out that he once again didn’t make the payment. When he let’s go of that belief, he can be in a better position to make it right.

2. Allow your thoughts to settle down.

There is no one-way to allow your thoughts to settle and each person has to come to their own way.

For Jennifer, she remembers to breathe when her thoughts overwhelm her. She also tells herself that there are plenty of ways Walter shows her that he loves her.

For Jared, he likes to clear his head by taking a run in the neighborhood and while he’s running, appreciating Katie.

It comes down to distracting yourself so you don’t obsess on the thoughts that steer you into places you don’t want to go.

3. When you allow your thoughts to stop swirling, you will see something new and have a deeper understanding of what to say and do next.

When Jennifer settles down, she sees that what she really wants in those moment when she sees Walter looking at other women is his attention. When she talks about her discovery with Walter, the two of them talk about ways they can spend more time together doing things that are fun.

When Jared has a clear head, he is able to talk with Katie about how to prevent this from happening again without giving a lot of excuses. She suggested an alarm on his phone to remind him about the payment and he agreed that that would help him remember.

When you don’t allow your thoughts to sabotage your communication, your heart can open to the other person and there’s more love, peace and caring between the two of you.