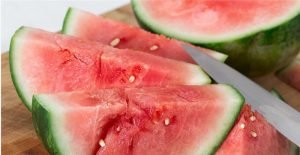 Every single person on the face of the earth has at one time or another thought the worst about their partner.

So many people want to stop thinking the worst in their relationship and yet they continue to do it time and time again.

By thinking the worse, they know they’re doing damage to the love and relationship that they so much want to be happier and more peaceful but they can’t seem to stop.

The real problem isn’t that you’re thinking the worst about your partner or relationship.

The real problem is that you’re believing the thinking that you have and making it real–either by acting on it or by letting it build inside you.

–>Want to stop all that harmful thinking before it destroys your relationship? Click Here for a No-Charge Conversation<–

Yesterday, we were at a picnic and Susie saw this play out as she watched a couple she didn’t know have a very simple interaction.

The husband was getting a few pieces of watermelon and as he reached for a napkin to put them on, his wife said in a not-so-kind voice, “Get a plate.”

In her world, you eat watermelon on a plate not on a napkin.

He was obviously used to her criticism and calmly walked over with his few pieces of watermelon on a napkin and offered her one.

Susie commented that it was nice of him to bring her the fruit and she looked at me and thanked him.

She had had critical thoughts that came from a fixed idea of how something “should” be about her husband’s behavior.

She gave those disapproving thoughts life by saying them and then got to see a different result.

Maybe she thought the watermelon pieces would tumble from the napkin, making a mess on the floor.

We don’t know what she was actually thinking but we do know that disapproval and superiority–“I know better than you” thoughts–tear down love.

In this case, could she have stopped those thoughts that he was doing it wrong?

She could have reminded herself about the cost of unnecessary criticism.

Just become mindful of the fact that you’re doing this and understand that this will never help you create what you want.

And it won’t protect you from being hurt, help the other person be a “better” person or whatever other reason you’re doing it.

Those critical thoughts will become fewer and fewer and there will be more peace and love in your life and relationships.