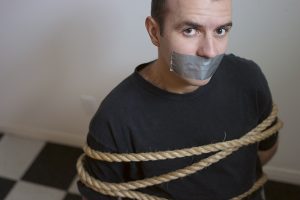 “I have a question. I have read many articles about emotional affairs. The emphasis is always on how wrong they are, how destructive of marriage, and of course I can’t help but agree with that. But the advice is always to end it as soon as possible and re-cement the marriage.

“What about the other person in the emotional affair? Does one bear no responsibility to that person at all? He/She may not be married and may have nothing to fall back on, no relationship to go back and reestablish.

“It seems to me it’s very selfish to think only of saving your marriage and basically telling the other person they can now go to hell, so to speak. I’m curious what you have to say about this.”

>>>OUR COMMENTS about an emotional affair:

We’re glad you asked that question because in our articles, we often talk to the person who is jealous and fearful that a partner is cheating but not to the other people in the triangle.

There’s no getting around it–whenever there’s an emotional affair (or even a physical one), there are 3 people–plus their families–affected in different ways.

Now of course, if you have ever been cheated on, you would probably not have much (if any) compassion for the person who is the “other woman (or man)” in a situation like this.

You might be saying right now–“She (he) gets what she deserves if he goes back to his spouse.”

Stopping the affair, whether it’s emotional or physical, and focusing on the marriage or primary partnership to see if it’s possible to rebuild it is more than the “moral” thing to do.

It’s also about clearing up unfinished business that will not only make or break your primary relationship or marriage but will also determine to a great degree your happiness as well.

Our society (and the relationship rules most of us try to live by) is very clearly based on monogamy–this means 1 partner and 1 relationship at a time–but we all know that there’s also a lot of cheating that goes on.

With that cheating comes emotional turmoil for everyone involved because at some level, there’s a lot of anguish as a result of breaking vows–even unspoken ones–and not being monogamous.

We’re not saying that any of this is easy for any of the people involved.

If you’ve been attracted to someone else and you’ve acted on that attraction, you’ve undoubtedly felt torn between not wanting to hurt your partner or the new person you’re attracted to–and you don’t know what to do.

If you’ve gotten with someone who is already in a committed relationship, you may feel torn also–partly ashamed, partly wanting the love that’s given, and partly wanting more.

The big word here is “part”–because you only have part of him or her.

And of course if your partner is cheating on you, you may have a sense that he or she is not completely IN the relationship and you are probably afraid of losing what you have to someone else. You are also torn apart.

Because of all of these “torn apart” feelings swirling around in this kind of situation, we suggest facing what’s there– and that starts with turning toward the primary relationship.

The truth is that none of the people involved can truly know what they each want and move from the limbo place that they find themselves in until a certain period of time is focused on the committed relationship or marriage–and possibly getting some help to sort it all out.

Okay, so with that being said, it doesn’t mean that if you are ending an emotional or physical affair with the third person in the triangle, you have to do it in a hurtful, mean way–although that no matter what’s being said, it may feel that way to the “other woman or man.”

The key here is honesty–with everyone involved.

Of course we don’t know what words need to be said in specific situations but here’s something that might be said that’s honest but not intentionally meant to hurt that other person.

“I care deeply about you and I have allowed myself to act on those feelings and have allowed those feelings to grow deeper. I want to feel complete and honest in my life and to do that I need to turn my focus toward my marriage to see what’s there or what can be there.”

We have plenty of suggestions about how to speak from your heart so that someone can hear and understand you in our “Stop Talking On Eggshells” book & audio program and also in our “Magic Relationship Words” book and audio program.

You can choose your reaction…

You have to opportunity to choose how you want to react.

You can look at it, as one of our teachers said, as being released from an “entanglement” where you can’t have completely what you want–and that you deserve more.

You deserve someone who can fully commit to you–and not half in and half out.

You deserve to be with someone who will love only you–and that person is out there.

We say “you’re right” and that’s a good thing.

We say that it’s far more “selfish” (or just plain crazy) to continue in a limbo situation where everyone involved is fearful and wants more–or to move on to a new relationship without truly resolving the previous one.

No one wins when that’s the case.

If you doubt us, just look at the divorce statistics for second or third marriages.

You have to deal with the relationship you’re in–or you just carry those emotions and patterns into your new one.

If you need help in healing your relationships from the past, check out our “How to Heal Your Broken Heart” program.

As we said, no one truly “wins” when there’s infidelity–either emotional or physical–until there’s honesty about what you truly want–and then giving that a shot.