The other day, Otto was at a local meeting and got into a very interesting conversation with a woman who told him a very surprising story that you might relate to…

After this woman learned that Otto was a relationship coach, she opened up about her personal situation…

As this woman told her story to Otto, she said–

“I wish I had figured out this communication quirk men have 20 years earlier in my marriage! If I had, my conversations with my husband would have been smoother and I’d have gotten much more of what I wanted in life and with him and I’d have been a whole lot happier with him.”

This is so awesome that she figured this out because at times in the past, communication with her husband had driven her nuts.

Here’s her story and what she learned…

The words you say (as well as the ones you don’t say) are critically important to how close and connected you feel to your husband or partner.

What was this woman’s big “ah-ha?”

In the course of their conversation, she told Otto that she’d been married for 27 years and she made a powerful discovery about 7 years ago about how to communicate with her husband

The “discovery” happened during a vacation she and her husband were on that changed everything about how she communicates with him.

This “discovery” that she made is something she said she wished she had made in the first year of their marriage instead of at year 20, but she’s grateful she finally got it. 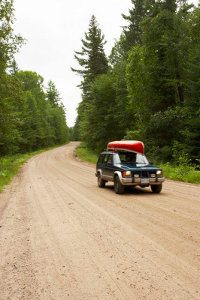 As we just said, this woman and her husband were on a vacation and as they were driving along, she happened to mention that a particular antique shop that they passed looked interesting.

As they continued to drive on, inside she was seething and furious as she wondered if he’s ever going to “get it,” why he was so selfish and why he didn’t stop at the store she had just mentioned that “looked interesting.”

As they drove on in the stony silence, her husband said something he’d never said before to her and opened her eyes to a horrible communication habit that she didn’t realize she had.

Here’s what he said to her…

All these years, she had the mistaken idea that just because she said that something was “interesting,” her husband knew that she wanted to stop and explore it.

She assumed that he was a mind reader and could read her thoughts!

But of course, in their 27 years together, he had proven he wasn’t a mind reader and she just thought he was stubborn or just selfish because he only wanted to do what he wanted to do.

But in reality, that wasn’t the case.

Like many women, she had never learned to ask for what she wanted.

She had learned to hint around for what she wanted (and not in a very straightforward way either).

She had learned to soften her requests (which weren’t really requests at all) and hope that he’d “get it” and figure out what she wanted.

Many women in situations like this have learned (maybe from childhood) that never making a direct request will keep the peace and is the way to be liked and loved.

Many women worry about asking for things or saying what’s on their mind because if you shy away from asking and don’t speak up–you don’t risk rejection.

But as this woman found out, nothing could be further from the truth!

Basically, she figured out that men aren’t mind-readers and when she held back from asking for what she wanted and then blamed him for not knowing what she wanted, she was actually harming their relationship.

Up until her husband told her how to talk to him, she believed that her husband should just “know” what she wanted without her having to ask for it!

Maybe you don’t have this specific challenge but…

If you’re like most women, we’re willing to bet that you might expect your partner to be a mind reader in some area of your life without you having to ask.

If you have challenges with making clear requests and need some help, check out our Stop Talking on Eggshells program where you’ll learn ways to speak and listen to create much more love in your life.

Whether you’re a woman or a man…

Whether you’re in a new relationship, looking for a new partner or have been together for many years, take a look at how you communicate your needs and desires.

When you make some even very small changes, (like not making assumptions or asking clearly for what you want) you’ll begin to see how love and intimacy grows in amazing ways.