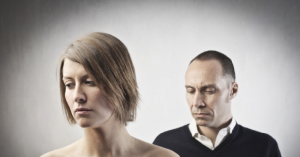 Are you making this classic mistake in your relationship?

Some people ignore the “danger signs” in their relationship for far too long.

That’s exactly what Hal did…

Now he’s asking us for help–but is it too late?

There are big lessons for everyone here…

Recently, we met Hal at an event and as we had dinner together, he poured out his story to us, asking for our help.

He told us that his marriage of 18 years was on the rocks.

His wife had asked him for a divorce and they were living in the same house but not speaking to each other.

They were only communicating about their children by email, text or through their lawyers.

He was devastated, still loved his wife and didn’t want their marriage to end.

As we talked, he told us that 10 years ago his wife had told him something like this…

“You love our boys more than you love me.”

Of course he denied what his wife said at the time (and still does deny that it’s true).

What we found fascinating was how he neglected to do some very simple things that could have changed the course of their relationship forever.

He could have listened, truly listened to her.

In every relationship that ends, it’s never just one incident that makes a relationship lose its luster –it’s an accumulation of many small and not-so-small hurts that usually kills it.

And although many factors are playing into this split with his wife (over the years, she has probably contributed to the loss of love as much as he has)…

If Hal had knowledge of a few simple communication skills 10 years ago when his wife first told him of her dissatisfaction, they would have had a better chance at keeping their love alive rather than it all falling apart.

Their marriage could have not only been saved but also grow deeper and more intimate throughout the years.

Is it too late for Hal and his wife?

We wish the best for them and it may not be too late if they both have the desire to create some new ways of talking, listening and being with one another.

1. Pay attention to relationship danger signs. Listen with an open heart to what your partner says (complaints included)

Most people dismiss the complaints of their partner and relationship danger signs with outright denials and justifications.

It’s human nature to justify and hold onto being right–right?

Defending might be natural but it sure doesn’t serve your relationship.

If Hal had listened to his wife instead of justifying that he was being a “good dad,” things might have been different between them.

2. Ask a question deeper instead of defending

Hal could have stopped the train wreck their marriage had become by asking his wife to give him examples of how she wanted to be loved.

When you ask this question with genuine curiosity and from a place of love, your attitude helps soften your partner and he or she will answer it with honesty.

If you aren’t sincere in your asking, your question may be dismissed so make sure your attitude matches your words.

If Hal had paid more attention to his wife in the ways she wanted without giving himself away, he probably would have noticed her coming toward him.

And the magic of turning a troubled relationship around is in noticing when something is going “right” and doing more of it.

Our experience with couples in crisis tells us that when one person begins to make changes that increase love in the relationship, the other person changes as well.

You both can get your needs met.

Whether you have small or very large problems in your relationship, don’t ignore important flashing signals that could end up saving it.

These signals could be an invitation for you to make some important changes for more love and greater happiness.

If you have questions about how this can happen in your relationship, contact us here…