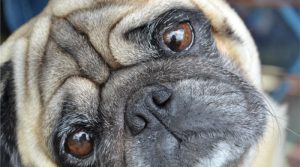 What’s so WRONG with people-pleasing?

While there’s nothing inherently wrong about wanting to please someone else–especially your spouse, your partner or someone really close to you….

There are quite a few things wrong with a pattern of being what is commonly called “people-pleasing.”

Let’s start from the top with a fundamental truth…

There’s no such thing as people-pleasing.

Whether the “pleaser” realizes it or not…

What they’re almost always doing is trying to “please” someone (in ways they THINK the other person wants) in exchange for something they want in return.

In other words, it’s really a back-handed way to get your needs met.

This could be love, attention, recognition, money, safety–anything.

The truth is that most people-pleasers (and we’ve been there) are almost never aware that they’re bending over backwards or going to extremes to try to make someone else happy–and the reasons they’re doing it.

It all starts with a simple thought.

A thought that sometimes happens so fast that often you aren’t even aware of it.

Unhealthy, painful and desperate to try to get something that in most cases they aren’t even aware they’re trying to get…

And the problem really comes when the “pleaser” can’t take not getting what they want any longer and blows up!

So, again, the question has to be asked…

What’s so wrong with wanting to please someone else?

We say NOTHING is wrong with doing kind things to please other people as long as you’re conscious about what you’re doing and why you’re doing it.

In other words, if what you’re doing is coming off as creepy, manipulative, overbearing or any other way that pushes someone else away…

Then it’s time for a “time-out” to examine your behavior for hidden agendas and unconscious attempts to get something from someone else.

What’s the magic key to stopping your people-pleasing behaviors?

It’s coming into a consciousness that you might be trying to play a little game of “I’ll give you this so I can get that…” without being aware of it.

And it’s having the awareness to ask the other people in your life whether they’d like what you’re considering giving to them or doing for them or not–instead of assuming they would.

It’s also about being honest about your desires and preferences and making loving requests.

People-pleasing doesn’t have to rule your life or your relationships.

You can still be kind and love but you might want to examine your motives and ask first!

If you have a question about how to get out of the people-pleasing hole, ask it here…