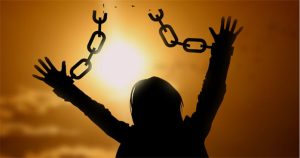 The question of how to truly forgive is usually where someone lands who has been deeply hurt but wants to repair the relationship and move on–but doesn’t know how.

Forgiveness is tricky because of all the emotions swirling around that can range from hurt, anger, resentment, regret, revenge and so much more.

These emotions are created from our thoughts that we constantly replay and keep alive but only end up keeping us stuck.

Now we’re not saying that these emotions are bad because they are a normal part of grieving a loss of something we lost.

What we are saying is that there is a way to climb out of the grief and hurt to allow more love in.

Sally had been deeply hurt by her husband Charley’s brief affair with a woman from work.

Even though it had been over a year since the affair ended and the other woman no longer worked with Charley, Sally was still devastated.

She knew she was only hurting herself by constantly reliving Charley’s betrayal but she couldn’t seem to stop her thoughts.

In one moment, she was jealous of the other woman and didn’t know what she had that Sally didn’t…

And in the next moment, she wanted to do all sorts of ugly things to hurt Charley the way he’d hurt her.

But she couldn’t bring herself to do anything except not respond to him in any positive or loving way, making him pay with her silence and cold shoulder.

Sally came to us because she was so tired and to get help with how to truly forgive Charley so they could fall in love again and move on with their lives–together.

As we talked and Sally calmed down, she began to see how she and Charley had ignored their marriage long before the affair.

Was it right what he did? Of course not but…

When she set aside being the victim of betrayal for a moment, she could see that something had been missing in their relationship which they had both pretended wasn’t happening.

She began to realize that she now had an opportunity to co-create the relationship they both wanted–or she could choose to stay miserable, making Charley pay for what he did.

She saw that forgiving him didn’t mean that the affair was okay but it did mean that she was saying “yes” to a lighter, more loving  and peaceful present moment inside her.

As we asked questions, she realized that she didn’t have to be afraid that it would happen again, waiting for the other shoe to drop.

She would know if “it” happened again because she wouldn’t turn a blind eye to the signs of distance between the two of them again.

She decided her next step was to have an open, honest talk with Charley about how they wanted their marriage to be.

When you want to truly forgive someone, there has to be a willingness to see something new in the situation.

Forgiveness doesn’t have to mean that you continue in a relationship with that person but it does mean that you are lighter because you’re not carrying around the hurt that goes with the betrayal.

“Forgiveness doesn’t come with a debt.”

Forgiveness comes with understanding and compassion for the other person and love for yourself that you aren’t willing to carry the grief and pain any longer.