Why don’t we get along with our spouse, parents, kids or other important people in our lives as much as we’d like? 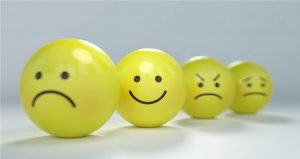 The reality in the lives of far too many people is that their relationships with those closest to them are too strained, difficult, and disconnected to think they’ll ever get along.

Here’s a sample of what we’ve heard…

“He just doesn’t get me,” a man explained after having just come from a visit with his father during one of the biggest holidays of the year.

“All my husband cares about is himself” is what a woman shared with with us in exasperation after he refused to make holiday plans with her which included a trip to her parents’ house.

And another man swore that if he ever sees his mother again, it will be too soon.

It’s pretty obvious that it’s beyond the belief of these people and so many others that they can heal the past and rebuild their relationship once again.

Why do all the things that have happened in the past scar the present moment and make it difficult (or in some cases feel impossible) to have a good relationship with another person?

The answer is that we tend to live in the past and carry it with us, even though it’s really our version of the past and may not be anyone else’s version.

A few years ago,  when Otto was writing his book Preaching to Monkeys, he discovered in so many instances that what he thought happened and what he remembered from the eyes of his 6, 10, or 13 year old self, really didn’t happen that way at all.

–>Go here to read a great “before and after” story of hope, healing and understanding<–

In one instance, as a boy, what he saw as his father’s cowardice, he got to see it so differently after talking with his mother about it some 40 years later.

He was able to see that his father was actually protecting him from the wrath of a mean neighbor instead of the act of cowardice that Otto held against him all those years.

Why don’t we all just forget the past and get along?

The simple version is that you have your way of looking at life and the other person has his or her way. The upshot is that your “rules” for living clash and both people want to be right.

We try to get the other person to see the world the way we see it and are pissed off when they don’t.

But it can be different.

1. Come to a neutral place inside you concerning this person or situation

In order to get to a neutral place, you’ll want to stop spinning stories about what’s gone wrong.

That’s not to say you put a happy face on what happened in the past but it is to stop repeatedly reliving it.

2. Be willing to open the door to connection and understanding

Notice if there’s even the slightest desire inside you to connect more deeply with this person.

It is a possibility that you don’t have all the information about a particular situation.

When you approach this situation or person with curiosity, you’ll be more open to a new understanding.

While opening your heart to understanding doesn’t mean you have to agree with what happened in the past, it does mean that you both may see something new that will create a healing.

3. Set boundaries from a loving place of knowing inside you

It may be that you need to set some boundaries with this person but you can do this from love and not tightness or anger.

You can listen to what’s deep inside you and speak that from your heart without apology while still staying open to loving this person.

You can heal a relationship divide while still staying true to who you are.

When you do, you’ll have less stress and more ease and love in your life.