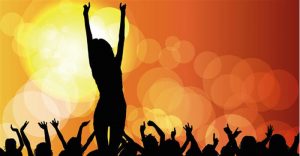 While Susie was working out at the gym the other day, she watched the 2008 musical “Mama Mia” movie for the fourth time.

She loves the music, she loves the story and apparently so do other people because the exercise room was packed with men and women.

Maybe because we were preparing for a presentation about the masculine and feminine dance of love, she noticed something new this time around.

If you don’t know the “Mama Mia” story, it briefly goes something like this…

Donna (Meryl Streep), who owns an inn on a Greek island, is giving her daughter a wedding at the inn. Donna’s three friends come for the wedding, as well as three of Donna’s old boyfriends who her daughter has secretly invited because she thinks one of them might be her father.

As Donna talked with her friends about her current life (mostly through song), she expressed being tired of shouldering the responsibility for the upkeep and success of the inn–as well as raising her daughter.

Again, through song, her friends reminded her about the girl she once had been who danced, sang, played and laughed.

And as the film progressed, Donna allowed more and more of who she used to be and truly is at her core emerge.

She allowed her feminine to express itself that she had pushed down for so many years because she had to DO so much and be so responsible in her life.

She began to let out the happy, laughing person she once was.

Because we get to talk with a lot of women (and men) and are privileged to hear their stories, we know that shutting down the feminine in order to be a success in business and in life is pretty common and not just in the imagination of the creators of “Mama Mia.”

It’s true for a lot of women.

So what’s wrong with not allowing your feminine essence to play in favor of being successful in a masculine world?

Absolutely nothing unless you’re trying to keep the spark alive in an intimate relationship or if you want to energize and resource yourself.

1. Are you burned out from all the DOing in your life?

(When you’re “doing,” you’re using your masculine gifts and there’s nothing wrong with that–unless you never allow yourself to tap into your inner feminine nature.)

2. Was there ever a time when you allowed your creative side to thrive?

(Maybe it was in the form of dancing, expressing yourself with some kind of art, or even being playful and spontaneous.)

3. Has your intimate relationship lost its spark and you feel like you’re room mates, just friends or maybe not even that level of intimacy–and do you long for more?

(If you’re with a masculine partner, you can rekindle the spark if you allow your inner feminine to come out and play. It might be in the form of wearing flowing skirts or it might be in allowing the masculine to take the lead in some way.)

One woman told us that she saw that when a man wants to do something simple like open a door for her, she has had the attitude that she can do it herself and she did.

Now of course you can open your own door; you can take care of the kids; you can earn the money that you
need to live on…

But if you’re doing everything for yourself, you’ll burn out and sooner or later and you may feel resentful–as well as shutting out the male in your life.

In saying that, we’re not saying to pretend to be the helpless female who wants to be rescued by Prince Charming.

We women are certainly done with that but in many cases, we’ve gone way the other direction to ignoring who we are at our core.

We’re saying to pay attention to inner longings that might have been pushed down and to allow yourself to be a
little more of the inner feminine that you are inside.

When Susie was about 6 years old, she remembers dancing in front of the television and being so free and happy.

Somewhere along the way, she quit dancing and started doing what she thought would help her be successful in
this world.

Well, she’s started “dancing” again and it feels really good–it helps keep her relationship with Otto juicy, and it helps
her to be the woman she was meant to be.

If you’re a woman, we invite you to find your inner feminine spark and dance with it!